Congratulations to Omar and Jose for earning our monthly honors for May 2019! 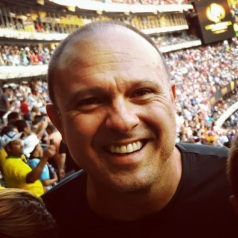 Omar is entering his fourth season as a coach with Eclipse and his first season coaching two teams. He will be coaching our 01/02 Lunar Boys and 08 Boys teams this season. Omar balances competitive intensity with positive energy when coaching. Although he pushes the boys hard, they always feel supported. Omar also has the ability to coach the entire team yet make individual connections with all of his players, supporting them both on and off of the field.

Although Jose just joined Eclipse this spring, he has made an immediate impact on the program. His calm communication and quality feedback have already helped many players he has worked with improve. He spent the majority of his time this spring coaching our youngest players, but he also stepped in as one of our new goalie coaches. Due to his quick success in an assistant role, Jose has been promoted to the role of head coach and will be coaching our 2009 Solar Boys this season.